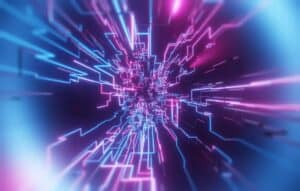 For decades, Moore’s Law was a defining experimental rule defining the rate at which the customer demanded significant improvements in computing power and how fast manufacturers were able to furnish this request. Despite some bottlenecking in recent years, it has been a guiding inspiration for endless technological developments within manufacturing to best extract performance from shrinking transistor size but ballooning transistor count.

In many ways, high-speed PCB design has shadowed computational improvements in the devices and new materials innovations. Realizing the performance gains of high-speed designs requires additional planning and work to prevent unintended issues related to the greater energy inherent to higher speeds. Layout designers must know how best to achieve a board’s engineering goals and parameters without inhibiting functionality.

The Physics of Signal Speed

In several facets, squeezing the best performance out of a high-speed design invokes many of the same best practices for a “standard” board. That said, compounding factors related to signal speeds in the gigabit-and-up range must be accounted for. The foremost difference of high-speed signals is the associated energy as defined by

where E and λ are energy and wavelength, respectively, and h and c represent two constants (Planck’s and the speed of light in a vacuum). The frequency and wavelength of a signal are inversely correlated, meaning the faster a particle oscillates, the shorter its wavelength and the greater the amount of energy carried by individual photons. There are some additional considerations to account for during board planning and routing:

Importantly, high-speed return signals follow different pathing: instead of following the path of least resistance (the most direct possible path between points), return currents will follow the path of least impedance directly underneath the original signal. This can result in significant radiation when passing over slots or splits in the reference plane due to the increase in the current loop. Be aware that tightly spaced via arrays can cut out large local portions of reference planes, contributing to circuitous return paths.

Greater spacing in an HDI board may require additional internal routing layers (when possible), and designers need to be cognizant of routing signals too closely both in the layer and across adjacent layers; a cross-hatch pattern can be used for the latter coupling instances, e.g., routing vertically on layer three and horizontally on layer four.

Of course, impedance is frequency-dependent, and the performance of the decoupling capacitor also hinges on the changes in circuit behavior at various angular speeds. At DC and low frequencies, fully charged capacitors act like an open as they are unwilling to pass current once the negative plate is fully saturated with electrons (the total amount depends on the strength of the dielectric). AC is another matter – because of the constant change in the direction of the current flow, capacitors are able to charge/discharge somewhat every cycle. In other words, instead of charge building up to a maximum like in DC, it is constantly being transferred between the two plates depending on the instantaneous direction of the current flow.

The decoupling capacitor, therefore, acts as a rudimentary highpass filter, allowing high frequencies (such as transients) to flow through to the ground, while DC is rejected and passed onto the associated circuitry. The difference in response is due to the capacitive reactance, a component of impedance, that approaches infinity at DC and zero at sufficiently high AC frequency. When decoupling capacitors are used in this manner, they are commonly referred to as bypass capacitors.

Decoupling capacitors also help ensure that fast-switching components’ power is continuous and reliable. Acting as a reservoir for the primary power nets, capacitors placed nearby these elements prevent any issues related to many components drawing from the main nets to the point where the voltage dips noticeably below its rated value. Especially for analog devices, which are more likely to output any discrepancies in the power signal, this ultimately provides signal integrity by reinforcing the power busses of the board.

Your Contract Manufacturer Remains Up To Speed

High-speed PCB design encourages extra thought and brainstorming to navigate EMI and other associated issues. Successfully neutralizing these outgrowths of high speed while still capitalizing on the major benefits of these boards requires a development team that embraces the challenge at every point in the design. Whether a revision or an entirely new board, consider VSE for your PCB needs. As a team of engineers committed to building electronics for our customers, we’re eager to meet the needs of today’s cutting-edge designs while preparing for tomorrow’s.

If you are looking for a CM that prides itself on its care and attention to detail to ensure that each PCB assembly is built to the highest standards, look no further than VSE. Contact us today to learn more about partnering with us for your next project.
Category: BlogBy Design Prototype DepartmentOctober 27, 2022
Share this post
TweetShare on Twitter Share on FacebookShare on Facebook