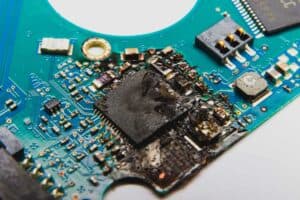 There’s nothing worse than dashed hopes at the height of expectations. Think of bringing a new electronic device home and having it malfunction or inoperable straight out of the box. Even covered with a manufacturer’s warranty, no one wants to experience the frustration of returning a device and purchasing or waiting for a replacement.

Considering how much work goes into fabrication, assembly, testing, and other critical board stages, infant mortality in electronics is even more annoying to manufacturers than end users. Significant efforts are dedicated to rooting out failures at the earliest possible production stage to reduce materials and processing costs. One method for catching these early failures is burn-in testing, which systematically ages every board by subjecting them to elevated temperatures and electrical parameters for an extended period. In doing so, burn-in testing can act as a selection tool, removing the earliest failing boards from reaching customers and damaging confidence in the brand.

Failure within acceptable levels is an important diagnostic criterion for board manufacturing. Root cause analysis (RCA) serves to evaluate production steps and, in turn, improves future runs. Importantly, RCA detects a variety of failure modes, which process engineers use to calibrate and guide adjustments to the system. Overall, failure follows a trend of high rates at the tails (products lost at the outset of service life and the end). The minimum failure rate occurs between these two extremes. The total curve is denoted a bathtub curve and is widely seen across engineering disciplines as a model of reliability behavior over a product’s service life.

The bathtub curve is a composite of several individual failure conditions that provide the curve’s distinctive shape. To better understand the causes, it is valuable to dive into some of the more general failure modes:

Burn-in testing comes with some level of long-term damage to the board. Weeding out devices liable for early failure is the more cost-effective option. Although, any board that undergoes testing does experience an overall reduction in lifespan due to the effects of the accelerated aging induced. This caveat should not deter burn-in testing as a critical qualification of production ruggedness and survivability. Still, test designers should use the minimum overstress conditions to prevent unnecessary wear.

Supplementary Testing to Reduce the Strain of Burn-In

How can burn-in testing be retained as a crucial element of board testing without adding nonessential aging to the board materials and components?

Process engineers are heavily interested in devising a least-damaging model that still meets the rigor of traditional burn-in test conditions. Doing so also significantly reduces energy expenditures by driving down the time each board submits to burn-in testing procedures, which can carry significant savings on large production lots.

At this stage, it’s difficult to revise burn-in testing to catch escaping devices with 100% accuracy, and reliability concerns dictate that a more exacting standard is of greater value to both the manufacturer and end-user despite the long-term damage sustained by the board.

Your Contract Manufacturer Can Handle the Heat

Every board that fails burn-in testing is an avoided failure in the field. For high-reliability applications, it is easy to see why catching early life cycle failure is a life-saving measure of high concern to users and operators. However, advancements in testing would yield significant savings for the manufacturer on production while enhancing the value of the end product by offering an extended service life. Board must pass a whole cavalcade of testing before reaching customers. These stem from safety and reliability concerns, and though regulated, you want a manufacturer that is exacting during both production and testing. That’s where VSE comes in: we’re a team of engineers committed to building electronics for our customers. Combined with our professional and experienced manufacturing partners, we’ll deliver boards that meet and exceed expectations for their job.

If you are looking for a CM that prides itself on its care and attention to detail to ensure that each PCB assembly is built to the highest standards, look no further than VSE. Contact us today to learn more about partnering with us for your next project.
Category: BlogBy VSE | Test DepartmentDecember 8, 2022
Share this post
TweetShare on Twitter Share on FacebookShare on Facebook