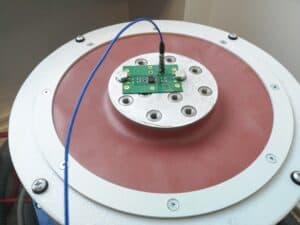 When I was a kid, I remember leaving on video game consoles overnight when it was “lights out” because my siblings and I were at a point where we couldn’t save and exit the game. Faced with a loss of progress, we decided it was more beneficial to keep the hardware running and pick up where we left off later. Due to the stinginess of old-school games, we unknowingly gained the expectation that consoles needed to run with uninterrupted performance for several hours – and sometimes days – before we could resume our digital adventures.

It seems the expectations of electronics have only grown from there, and at the heart of the matter is PCB reliability. Sometimes, designing boards may not even touch on the extended reliability, as boards for testing or prototyping are expected to be replaced as the design evolves. Of course, for consumers and end-users, reliability plays a key role in how successful the product is viewed and its adoption rate.

PCB Reliability Is All About Staying Cool

Arguably, the most important feature of a PCB is its reliability. While it is true that some PCBs – like many products – are designed with a level of planned obsolescence in mind, intermittent performance issues over the service life of the board can damage consumer confidence. Modern electronics are complex and mystifying to those who don’t have any prior experience in the field, and even relatively simple repairs can require specialized equipment. Designers and manufacturers need to combine their efforts and expertise to design boards that can withstand the challenges of specific industries.

Reliability matters even more for systems where boards are expected to run continuously outside of maintenance periods. While boards are subjected to long-term reliability testing through burn-in, extended uptime is likely to result in abbreviated service life or higher incidents of maintenance if unaccounted for in the design. Heat is the most consistent challenge to surmount for continued reliability. It stresses materials, and the inherent properties of electrical insulators make them poor thermal conductors, trapping the heat and subjecting the board to extended thermal aging. These effects can manifest in various issues and failures. Perhaps the most commonly diagnosed failure would be damage and eventual destruction of the solder bond linking a component to the board.

Solder submitted to extended thermal cycling is more susceptible to cracking, leading to total bond fragmentation. What’s more, the bend of the board comes into play, depending on its thickness alongside the parts and their arrangement on either side (assuming a two-layer board). This interplay, alongside any stress around mounting holes or other board-fixture interactions, amplifies existing stresses and material defects, turning them into likely failure points. Designers must provide ample passages for heat exchange to the environment. These include large copper pours on both outer signal layers and inner plane layers, multiple thermal vias for thermal pads, and the current or voltage sources.

The long-term operation also invites greater failure induced by electromigration. Electromigration is the process by which ions in metals are displaced over time by collisions from the moving electrons. This leads to localized regions of material depletion and provided the cross-sectional area of the conductor is minuscule compared to the current density flowing through it, complete disconnects of the circuit may result. It’s important to note that at the printed circuit level, electromigration is unlikely to develop noticeably due to the relatively large size of the conductors. However, it is an important stress-test parameter of ICs, where wire bonds are much smaller than board-level conducting paths.

Electromigration is quantified by Black’s equation, where

with the following legend for the above symbols (A and n represent a constant and model parameter, respectively):

First, any change in the physical characteristic that increases the MTTF is improving the overall reliability of the product – the average time to failure takes longer – and vice versa. Therefore, increases in current density or temperature, or a decrease in the activation energy, results in a decrease in the MTTF; the reverse cases are also true. This can be understood in basic circuit descriptors: increase the current, and more electrons flow through the specific conductor, increasing the number of collisions. Similarly, particle behavior is greatly affected by temperature due to phonon excitation, increasing the amount of energy possessed by each particle (this is partially offset by an increase in resistance, however.) Finally, decreasing the activation energy, or increasing the energy of the circuit’s particles by increasing the voltage, means more collisions can meet the minimum energy requirements that cause electromigration.

In summary, electromigration does not occur appreciably at the board level scope of design, and manufacturers regularly test products for electromigration. So, what can a designer do to mitigate its occurrence? Ensure that parts in the BOM are rated for the highest MTTF or other reliability factors possible. Designers should remain mindful of the underlying factors that accelerate aging in parts. These inputs include operating temperatures and voltages, both peak and average, that designers must properly counteract to avoid significant reductions to service life.

Your Contract Manufacturer Is As Reliable As Their Boards

PCB reliability requires analysis of a board from multiple angles: thermal, mechanical, and electrical qualities must be weighed individually and as an interconnecting system. For boards that experience extended uptime periods (like those found in gaming industries), owners want the peace of mind that their equipment is rated to last long enough to be replaced by new products. Expensive maintenance and the loss of income incurred during machine downtime will discourage customer loyalty.

If reliability is a concern, let VSE help put your mind at ease: we’re a team of engineers who build electronics for our customers. Our expertise, combined with that of our valued manufacturing partners, means your boards receive nothing less than the best, most comprehensive review processes alongside top-notch production standards.

If you are looking for a CM that prides itself on its care and attention to detail to ensure that each PCB assembly is built to the highest standards, look no further than VSE. Contact us today to learn more about partnering with us for your next project.
Category: BlogBy VSE | Test DepartmentNovember 3, 2022
Share this post
TweetShare on Twitter Share on FacebookShare on Facebook