Why Use An Insulation Resistance Test for PCB Cabling? 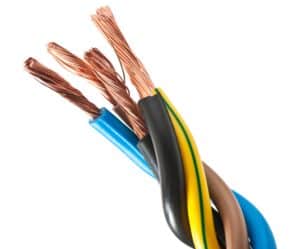 What was your first experience having an electronic device spark, smoke, or otherwise indicate it was unsafe to continue using? As a child, I distinctly remember the time my brother plugged in a lamp that had its insulation wrap chewed by some mystery creature. Immediately the bulb flashed, the socket singed, and the smell of burned plastic filled the air.

Our modern reliance on electricity belies its painful and sometimes lethal nature. Manufacturers must provide insulation for the longevity of their products and to protect users and operators. To ensure its function, manufacturers use insulation resistance tests as part of continual maintenance. Here we’ll examine how this test works and why it’s necessary for safe cabling.

How To Quantify an Insulator

Insulation simultaneously protects users from burns and shocks associated with high voltages and currents while helping to maximize the service life of the underlying conductor. As a safety and cost-prevention measure, therefore, it is of high value to manufacturers to ensure its quality for long-term system reliability. Insulation can be stressed electrically, thermally, mechanically, and in certain uses, chemically; any significant damage to the insulation sheath can represent an immediate safety hazard. More subtle, long-term damage could result in expensive unplanned downtime.

Before diving into the tests, it’s worthwhile to cover (no pun intended) the purpose and effectiveness of an insulator. An insulator is any material where the electrical current has difficulty flowing freely, in contrast to conductive or semiconductive materials. Physically, this is represented by the large valence band gap The key metric here is the resistivity, an intrinsic property of the material that correlates directly to the extrinsic resistance, which is higher in insulators than conductors (where designers would ideally want zero resistivity to avoid losses). Most of these terms are relative, including the insulator itself: given a strong enough electric field, an insulator can no longer effectively stymy the flow of current. Thus, it enters the breakdown region and undergoes a material change that renders it unable to function in an electrically insulative manner.

Component Currents and Their Effect on Testing

Resistivity, though intrinsic, is not constant and can vary wildly due to the effects of temperature and humidity. Thermomechanical wear and general aging reduce the effectiveness of the insulator and lead to instances of catastrophic failure. Manufacturers want to establish that the material can meet specified ratings. Additionally, ingress of foreign matter or precipitation due to gaps formed in the insulation material may also reduce total service life.

Insulation resistance tests function based on Ohm’s Law, where a passive linear component’s resistance scales linearly with the current. Though now antiquated, a general rule of thumb is that the resistance value for insulation should be 1 MΩ for every 1kV of electric potential. However, it is inexact to look at current through a conductor and its surrounding insulator as a single entity. Instead, the current occupies, in chronological appearance, three components:

The overall current profile is a combination of the three parts, and different tests use the order of appearance or deviations from the standard behaviors of the components.

Insulation resistance tests include multiple subtests that analyze the resistance via different aspects of the current or sampling techniques. The most common tests include:

An insulation resistance test can help diagnose issues in cabling during manufacturing or at a later point in a product’s service life. Insulation acts as a physical barrier, and its absence or malfunction could damage nearby operators or equipment. End users want the confidence that their products are not only reliable for extended periods but safe to operate as well. That’s where VSE comes in: we’re a team of engineers that build electronics for our customers. We’re committed to high-quality PCBAs that exceed customer expectations for all safety and performance criteria.

If you are looking for a CM that prides itself on its care and attention to detail to ensure that each PCB assembly is built to the highest standards, look no further than VSE. Contact us today to learn more about partnering with us for your next project.