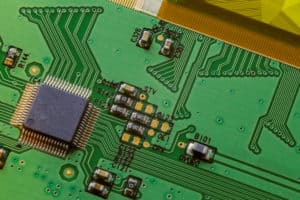 One of the best feelings when picking up a new hobby or task is the gradual wave of competency that arises from experience. The more extended immersion one commits to practice, the sooner they can see past the surface level to some underlying guidelines and techniques. PCB design is no different, and specifically, a four-layer PCB layout involves some practices that differ intensively from a more populated board. Fortunately, most 4-layer PCB layouts exist on the less complicated side of the design spectrum. As in all things, form follows function, and the designer should be well aware of the limitations of a four-layer stackup and how best to maximize their space to excel during the design phase.

Can I Implement a Four-Layer PCB Layout Design Strategy for My Board?

Four-layer stackups are a popular jumping-off point for simple designs. As a cheap build with high design manufacturability, the four-layer design still holds a place in today’s design world alongside more intensive and expansive boards. Deciding upon a 4-layer stackup begins by analyzing the number of components to be placed and routing to be performed. For example, a relatively simple FPGA would instantly preclude a four-layer design due to the density of the routing and components. Consider the major factors that impact whether a design can be laid out in four layers without sacrificing performance:

A 4-layer board has an additional wrinkle in its design compared to a board with more populous inner layers: while it is not necessarily a thin board, it is a possibility. As layer count increases, so does the board thickness. Although thinner boards can use a thicker core to meet design requirements, such as providing a snug fit in an enclosure to dissuade vibrations in the field, there are advantages to working with a thinner board.

The aspect ratio, defined as the ratio of the board thickness to a drilled hole diameter, sets a maximum guideline to prevent manufacturing defects. A general rule of thumb is an aspect ratio < 10:1 (that is, a drilled hole circumference no less than a tenth of the height of the barrel) will prevent overplating in a drilled plated hole. Extreme instances can even result in plating that shuts near either side of the hole before a continuous barrel can be formed that runs the length of the hole. For vias, this could result in a defect that is hidden within the body of the PCB, which does not form connections on the inner layers.

Continuity errors are not the only potential issue: the coefficient of thermal expansion mismatch can result in catastrophic failure to the board during production or use in elevated temperatures. However, if space is at a premium on top or bottom layers, reducing the circumference of the drilled hole will have a knock-on effect of reducing the via pad circumference. While the individual space savings may seem small, the aggregate space is freed up by shrinking pads (while remaining above the minimum aspect ratio). Therefore, the designer can ascertain a “Goldilocks” band for the drilled hole circumference to ease the layout.

Cost Cognancy May Play a Role in Design

With all the talk of via design, it would be remissive to ask a designer whether a particular connection needs a via. While it would be rare to have a design that possessed no signal communication between top- and bottom-layer components, careful placement can greatly reduce the need for via transitions. Although signal integrity must always remain a priority, designers should also know when it’s possible to bend it to their advantage. Notably, large production runs will save a not inconsequential amount of time and money by reducing the number of vias on a board, as each individual reduction in design could account for thousands or more during manufacturing.

The via-in-pad option is a final consideration for tight designs in a 4-layer PCB layout. Via-in-pad may not be a designer’s first choice due to added expense of the process, but a dense design in a small space may validate it. The extra cost comes due to the need to fill the via with a conductive material and cap it over, so the solder cannot fill the hole during the appropriate processes. However, capping is not necessarily mutually inclusive with a via-in-pad. Advantages of via-in-pad are immense: fan-outs are essentially eliminated, and connections running from top-to-bottom-layer components can be greatly reduced. Suppose via-in-pad hasn’t already been approved for the design. In that case, a more seasoned designer can often quickly determine if via-in-pad is an appropriate solution based only on the board dimensions and number and size of the land patterns.

Whether it’s 4-Layers or 40-Layers, VSE Can Bring Your Design to Life

Four-layer PCB layout involves some different calculus than what a standard design may encounter. Although almost any design these days has space at a premium, dense four-layer builds can push this maxim to the extreme. Whether building prototypes or consumer-ready devices, you want the assurance that your board has been expertly crafted using the best techniques and practices available. That’s where VSE comes in: here, we design and build electronics for customers by a team of engineers to ensure a phenomenal final product ends up in your hands. Our production partners adhere to exacting standards (much like our own) so that your design is treated with as much care and pride as if it were our own.

If you are looking for a CM that prides itself on its care and attention to detail to ensure that each PCB assembly is built to the highest standards, look no further than VSE. Contact us today to learn more about partnering with us for your next project.
Category: BlogBy VSE | Engineering TeamJune 16, 2022
Share this post
TweetShare on Twitter Share on FacebookShare on Facebook