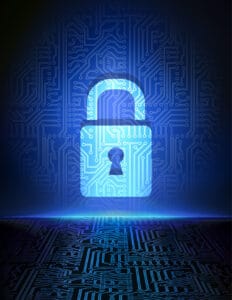 Planning a surprise party involves a lot of moving parts. Generally, one person heads up the invitations to avoid someone unintentionally spoiling the event. Logistics are important because anyone arriving too close to the celebrant will ruin the surprise. Even having too many vehicles or recognizable vehicles parked near the location can tip off someone before the ultimate reveal.

PCB security is somewhere you don’t want surprises, as these are much less enjoyable than party streamers and cake with friends. Like a surprise party, though, intense planning and construction guarantees information is only shared between trusted actors.

PCBs represent a dual layer of security liability, as the hardware and the data it conveys, stores, and exchanges can represent significant compromisable information. Boards stored on-site or embedded deep within a facility have the advantage of external security features preventing numerous avenues of low-risk attack, but not every installation has this luxury. At the board level, security elements are costly and highly localized, usually only able to prevent access to particular features, which may still be accessible from adjacent channels.

A major focus on hardware security relies on creating physical unclonable functions, or PUFs. Think of a PUF as a manufacturing thumbprint: because of slight variations in processes, even boards in the same lot have minor variations. Assuming a high enough resolution level exists for these parameters, security design can utilize this intrinsic manufacturing “fault” as a unique identifier. Importantly, these variations are process-dependent for the board but not state-dependent of the board. In other words, this key remains constant despite fluctuations (at least within operating conditions) in temperature and other notable metrics.

Security can take many forms, but at the hardware level, it could follow a three-pronged approach:

Security methods may prescribe to the outlined three-step approach or operate in entirely different modes. One of the difficulties with designing security systems is the totality of attacks always outpaces efforts to impede them, so systems may need to adopt multiple complementary security systems to repel intrusions better.

Some additional methods to employ include the following:

Your Contract Manufacturer Holds The Keys To Secure System Design

PCB security requires a multidisciplinary defense to the many known avenues through which an attacker could access sensitive or proprietary data. While the exact implementation may change, designers must be confident that their system defenses provide coverage of the most common and catastrophic vulnerabilities. If your board lacks the necessary features to protect you and your customer’s valuable information, VSE can guide your revision for maximum security. Here at VSE, we’re a team of engineers who build electronics for our customers, and coupled with the finest manufacturing partners, we’re committed to producing exemplary PCBs that surpass expectations.

If you are looking for a CM that prides itself on its care and attention to detail to ensure that each PCB assembly is built to the highest standards, look no further than VSE. Contact us today to learn more about partnering with us for your next project.
Category: BlogBy VSE | Quality & Compliance DepartmentNovember 29, 2022
Share this post
TweetShare on Twitter Share on FacebookShare on Facebook